What is the Difference Between Male & Female Pattern Baldness? 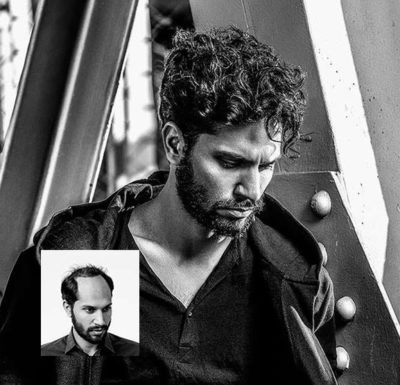 The cycles of hair loss are among the many biological occurrences that manifest differently for men and women. Though the idea of male pattern hair loss (MPHL) is widely known and often discussed, there exist patterns for female hair loss as well.

In fact, over 55% of women experience some measure of hair loss throughout their lives. Just as Hamilton and Norwood developed a scale for male hair loss (developed by Hamilton in the 1950’s then updated by Norwood in the 1970’s), in 1977 Ludwig developed a similar scale for female pattern baldness.

Though there are other scales for both MPHL and female pattern hair loss (FPHL), these two are the most popular among practitioners and researchers when attempting to classify hair loss. Continue reading to learn more about the differences between male and female pattern baldness. 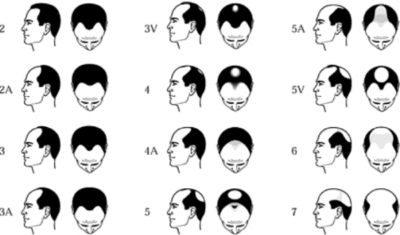 The Hamilton-Norwood scale has seven types of classifications and several stages within those classifications. For example, within stage 5 there are 3 levels of progression including 5, 5A, and 5V, which show variations on a receding hairline with hair loss also in the crown of a man’s head.

Androgenetic alopecia, or MPHL, can begin for some men even in their teens and continue on throughout their life. The rate and onset of androgentic alopecia is highly individualized. However, it is widely accepted that there are biological determinants for hair loss and the best indicator of a man’s potential for hair loss is in his family history.

The Ludwig scale has three primary classifications that display thinning hair, diffuse hair loss, as well as frontal hairline recession. Each image in the scale display a woman’s head with her hair parted down the middle. As an example, images I-1 through I-4 show the progression as a woman goes from no hair loss to increasingly thinning hair as indicated by a widening part.

Further along in the scale, the hair loss becomes increasingly drastic. As compared to male hair loss, FPHL is not as wildly expected or accepted in society. Thus, women affected by androgentic alopecia can experience emotional and psychological distress over their condition. This scale helps to normalize their condition and provide a point from which to discuss treatment with professionals in the field of hair restoration, dermatology, and other medical professions.

The Comparison Between MPHL and FPHL

The same process of miniaturization of hair follicles and development of terminal follicles is present for both male and female pattern hair loss. Many, but not all, treatment options are comparable for men and women including medications that contain androgen enhancers, hair replacement accessories, and surgical options.

Though there are similarities between MPHL and female androgenic alopecia the primary differences are that women tend toward early detection and thus early treatment; males have a higher rate of progression and earlier average age of onset; there is lower percentage of women affected by FPHL compared to the percentage of men affected; and finally, the patterns themselves are different as displayed in the two scales.

Researchers continue to study both male and female and androgenic alopecia. For now, the best way to combat it is through early detection and treatment. In both cases, treatment options are more effective and available when you begin early. Is it best to consult your physician on which treatment options might be best for you. You can also contact a hair restoration expert in your area to learn more about the treatment options available to you. 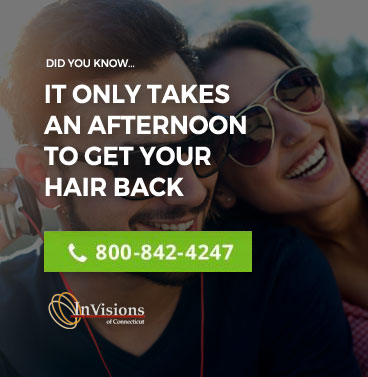