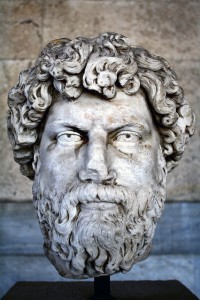 Some of today’s trendy hairstyles were conceived from world history. Women and men have valued their hair since the beginning of time. Let’s walk through a timeline of hairstyles that were unique to several different cultures and eras.

Shoulder-length hair was trendy for both men and women in Ancient Egypt. It was trendy for boys to shave their heads down and leave only one strand of hair. That one lock represented their youth. Girls often wore braids in their younger years.

Hair accessories such as headbands or flowers were a popular trend among the women of Ancient Greece. Men who weren’t currently in the military typically grew beards.

Wigs and toupees were common among Roman men and women. Added accessories such as jewels or pearls were a status symbol. Men were typically clean-shaven.

The man bun was the trend among Thai and Burmese boys. Chinese men and women wore long hair but the men often braided their hair. Japanese women had long locks that they would put up into buns by using hair sticks, combs, or flowers. Male tribal warriors wore braids and would color their hair. Most married African women would shave their heads.

Western European women would dye their locks blonde because blonde was perceived as being more beautiful.

Hygiene became a priority over hair and makeup. Slicked back hairstyles were popular among men and women in the 1800’s.

In modern times conformity isn’t as prevalent as it was in early world history. Hairstyles are less about status and more about preference. However, it is interesting to see where some of our current hairstyle trends originated.

No matter which hairstyle you prefer hair loss can prevent you from looking and feeling your best. At InVisions of Connecticut we will help determine the best hair loss solution for you. To schedule a free hair and scalp analysis call us today at (800) 842-4247 or to contact us via email click here. 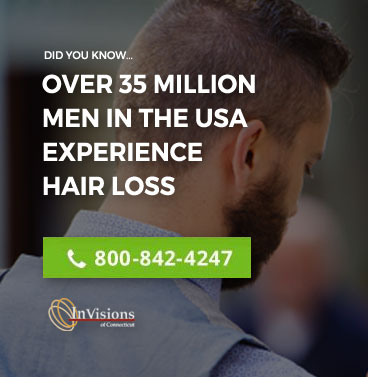